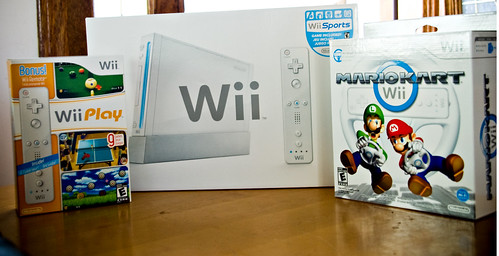 I have been looking for a Wii for the longest time! I finally got one today at Target. I go to the mall every Tuesday and Thursday after I drop the twins off at school to walk. I noticed that the Target ad this weekend said they had a few units. Not expecting to find one, I checked the electronics section. As I expected, I found no Wii units along with a note saying they were sold out of them. I asked a worker when they were going to get any in. He checked on a little hand held electronics thingie and said that they had a few in the back that had not been put out! I totally expected him to come out and say it was a mistake there weren’t any and was shocked when he walked out with one. I got Wii Play and Mariokart to go along with it. The kids are going to be so excited when they come home from school and see that I finally found one! 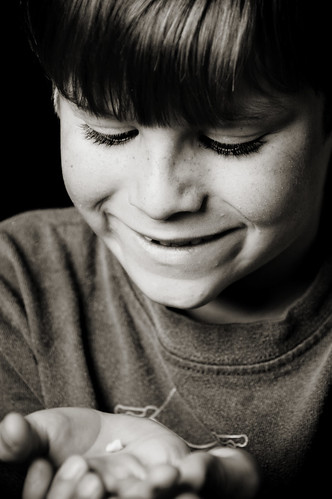 Aidan lost another tooth. This one was from the bottom left hand side. It came out during the cub scout campout last weekend while he was eating a smore. 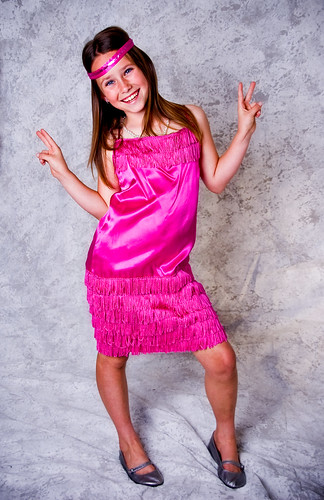 Kayli had her costume cotillion last night. It is the last cotillion for this season. You could tell that she had a so much fun dancing. She really love cotillion and I’m so glad I was able to get her into the one that her friends from school are all at. 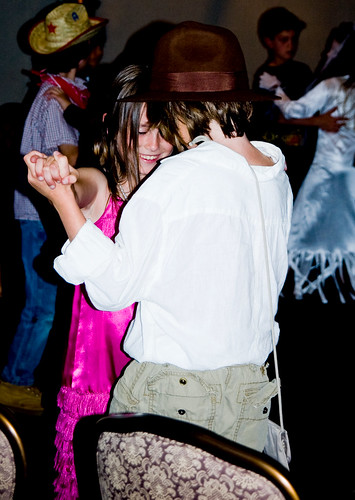 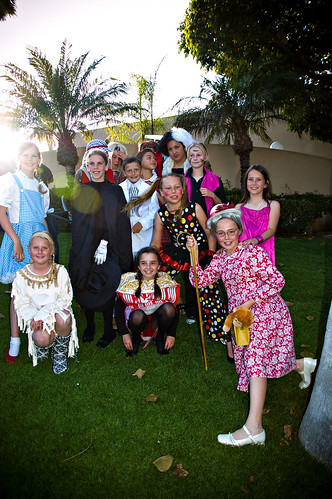 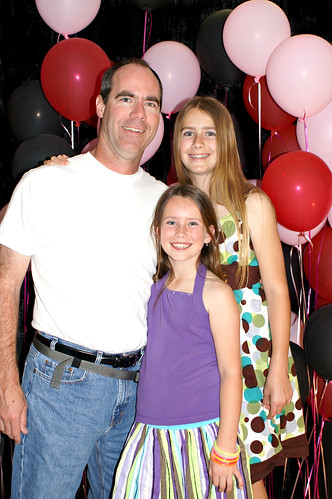 Dan, Talia and Kayli and a great time at this years Girl Scout Father/Daughter Dance. Kayli was so excited to win the gummy bear jar by correctly guessing how many gummy bears were in the jar. 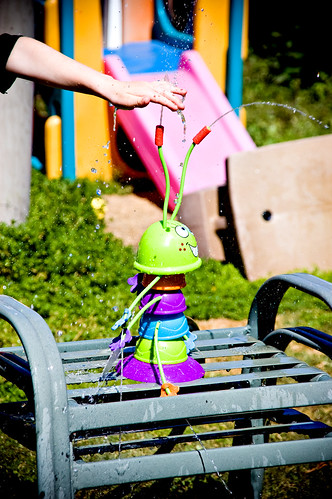 This weekend was so hot! It was close to 100 degrees here on both Saturday and Sunday. It was a good thing Kayli’s soccer game was at 9 am on Saturday, even then it was already hot. Her team lost, but she scored a goal, breaking the other teams “not been scored on all season” record.

Since it was so hot, we tried out the new “Wigglin’ Waterpillar” on Saturday. The kids had a blast playing with it. On Sunday, we let them play in the slip-n-slide, which was also a big hit. 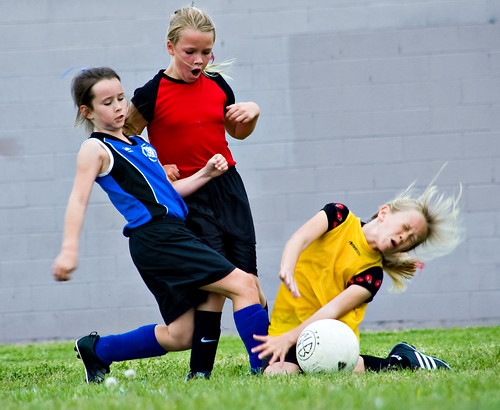 Kayli was on fire at today’s game. She scored five goals! One of them was right after this picture was taken. She scored in each quarter of the game she played in (she sat out the 2nd quarter). Her team won the game, the final score was 7 to 2.