Falyn participating in her first cheerleading competition today. She loved it! She especially loved the trophy and 1st place medal she won. She is taking the class with a bunch of her friends from preschool. The class lasts three months and they teach them a cheer and a dance. She likes it so much that we wants to sign up for the class again next session.

Here’s a video of her team:

Some pictures from today: 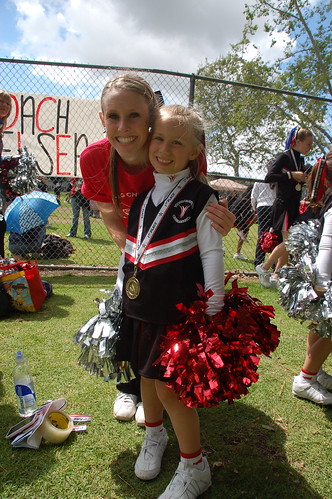 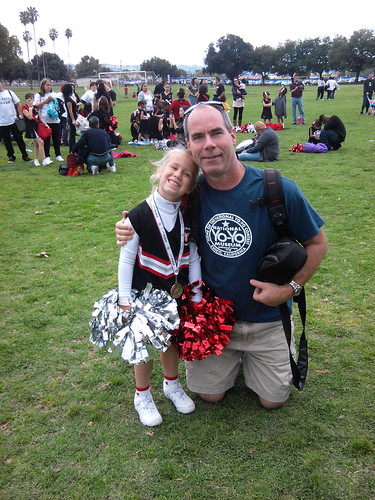 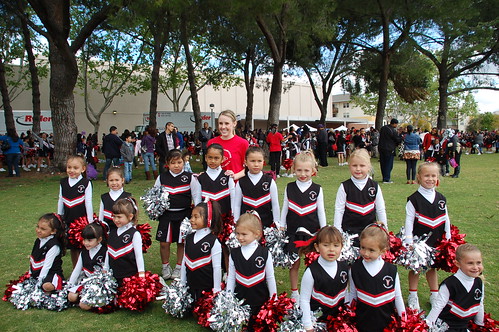 Falyn and her friends 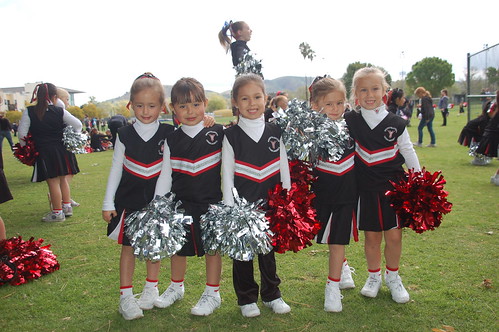 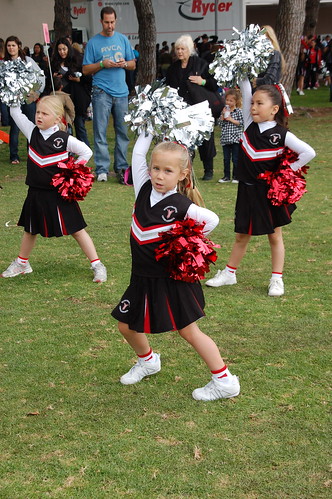 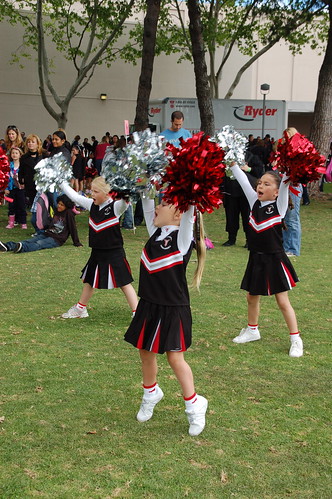 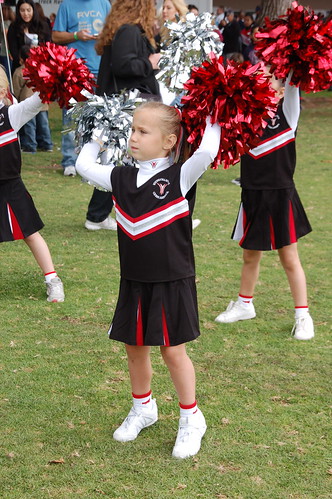 Kayli attended the Supper Club 50’s party tonight. Grandma Nancy made the puddle skirt for her. It turned out so cute! Kayli said she enjoyed the party. 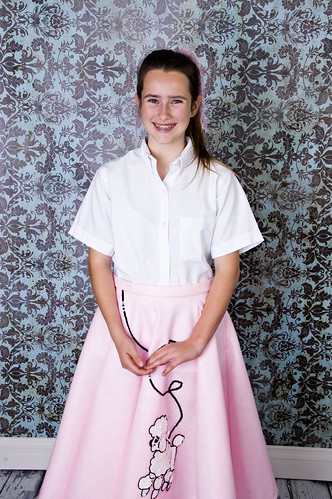 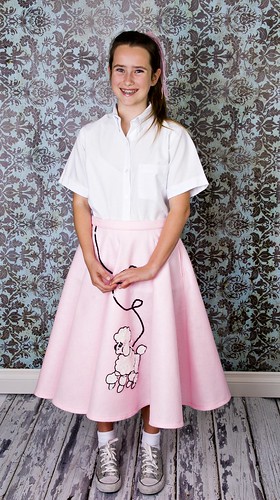 His eye looks so much better today. They continue to have Riley on IV antibiotics every 6 hours. They are waiting on an ophthalmologist to check Riley, before he can leave. In the meantime, Jared and Riley have been keeping themselves busy playing on the Wii. 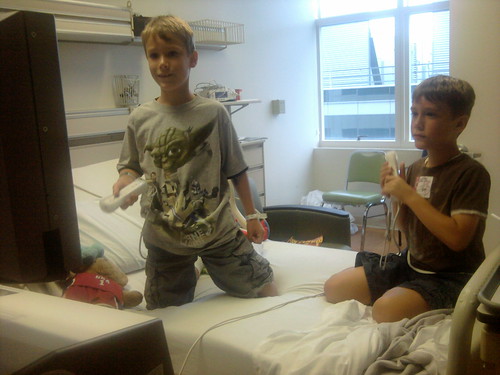 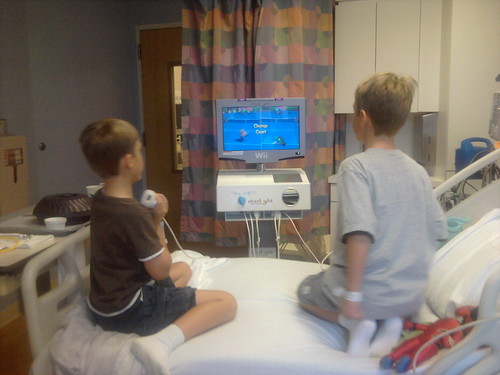 After waiting all day on the ophthalmologist, I had a talk with the resident and convinced her to discharge Riley. We will take him to his doctor tomorrow and get a referral for an ophthalmologist. They finally let us leave around 6 pm. All the kids were very happy to see Riley when we got home. 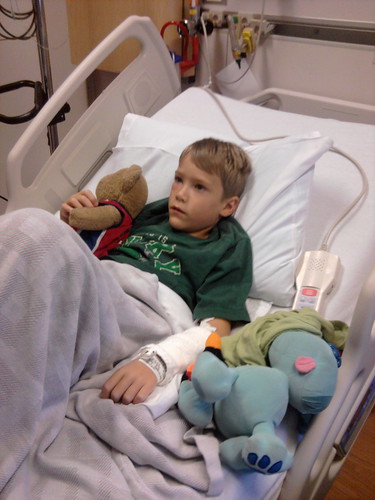 Riley’s eye is looking much better today. They are continuing with the IV antibiotics every 6 hours. Jared was able to come with Daddy to see Riley. That made both of them very happy. 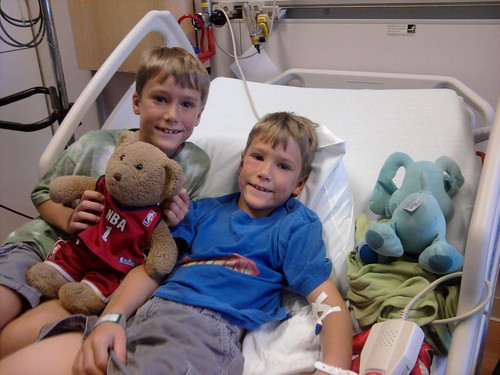 Dan’s parents had given us tickets to tonight’s showing of Wicked for Christmas. Grandma Nancy is going to stay with Riley so we can go to the show. Dan and Jared stayed with Riley while I picked Falyn up from school, got ready for the show and then picked up Talia from school. I then went up to the hospital so Dan could go home to get ready for the show. He took with him and I stayed till Grandma Nancy arrived. I then met up with Dan so we could have dinner and attend the show. Here’s a picture taken from our seats. 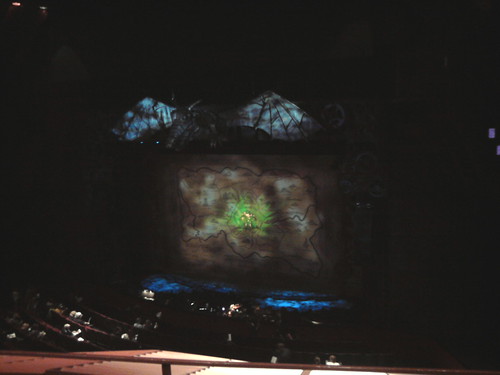 We enjoyed the show a lot. If you haven’t seen it, you really should. It is fabulous! 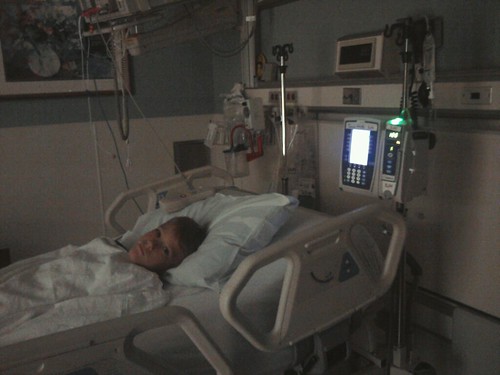 Riley woke up this morning with his eye almost swollen shut. I noticed last night that it was a bit red and puffy underneath his right eye and asked him if he hit it on something. He said he didn’t. We kept him home form school and I made a doctor’s appointment to get it looked at. The doctor examined him and then said for us to take him right over to the CHOC emergency room. She said she thought he had either Periorbital or Orbital Cellulites. Since I had a doctor’s appointment this afternoon to get my neck checked out, I called Dan at work and had him come home to take Riley to the ER. While Dan took Riley to the hospital, I left to pick up Kayli, Aidan and Jared from school. Their school got out at 12:30 today because of Open House tonight. Soon after we got home, Grandma Nancy brought Falyn home. Falyn had been playing over at their house all morning. I told Grandma Nancy what was going on with Riley and asked her to pick up Talia from school at 3 pm, since I had to go to my doctor’s appointment. She said she would pick up Talia for me.

I went to my doctor’s appointment. The doctor said I had a mild concussion and soft tissue damage to my neck and upper back. She gave me prescriptions for a muscle relaxer, an anti-inflammatory and pain medicine. I got the prescriptions filled, picked up something for dinner and went home. By that time, I had been informed by Dan that Riley had to be admitted to the hospital for IV antibiotics. The CAT scan had detected what they think is a fracture in the bone under his eye. The only time we can think of when that might have happened was the week before Thanksgiving when Riley fell out of his bed in the middle of the night and gave himself a black eye. They said that he has a sinus infection and the infection likely got up to the eye area from the fracture.

The kids and I ate dinner then headed off to Open House. All the kids in Aidan’s class were dressed up as people from California history. Aidan was Father Junipero Serra. 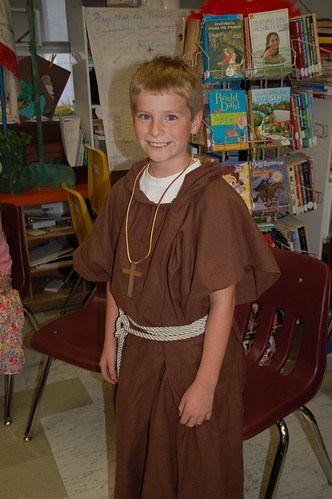 After Open House, I was able to go up to the hospital to see Riley. I brought him his favorite stuffed animals and blanket. Dan went home and I stayed at the hospital all night with Riley. 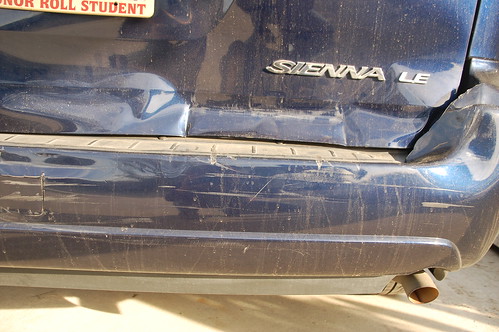 I was stopped at a red light on the way home from picking Falyn up at preschool. Out of nowhere a truck driven by a 17 year old girl rammed into the back of my van. Falyn immediately started crying and saying her neck hurt. My neck hurt also, but my main concern was for Falyn. I wasn’t going to stand in the middle of the street where someone else could hit me, so I pulled over out of the way of traffic. I then immediately called the police. Since Falyn was complaining about her neck I had them send the paramedics. The firemen arrived first and check Falyn out. They said she was in no immediate danger but that I should take her to her doctor to get checked out. By then the police arrived. I told them what happened and after they took down all of my information they told me I was free to go. I went home and immediately got an appointment for Falyn. I called Dan and got him to pick all the rest of the kids up from school while I took Falyn to the doctor. I also called and got myself an appointment for tomorrow to get checked out by my doctor. The doctor examined Falyn’s neck and Falyn cried out in pain when she touched a certain point in her neck. The doctor said that is not where they want to see pain and that because of that she had to send her for x-rays. Falyn did really well, standing still for all five x-rays. The doctor is suppose to call to let me know the x-ray results. 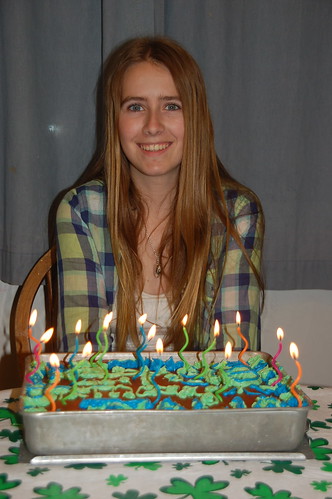 Talia turned sixteen years old today. It is hard for me to believe that she could be that old. She is becoming such a wonderful young woman. She is smart, beautiful and compassionate. She is great at everything she tries. I am so blessed to have such a wonderful daughter. We had a family party for her tonight. Once the weather is better, she will have a pool party with her friends. 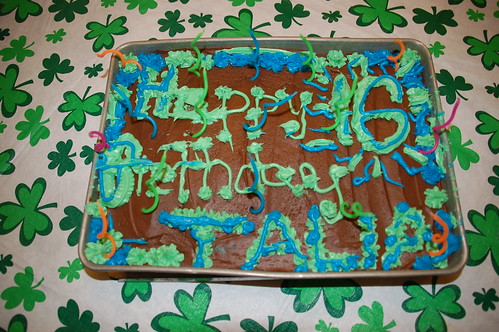 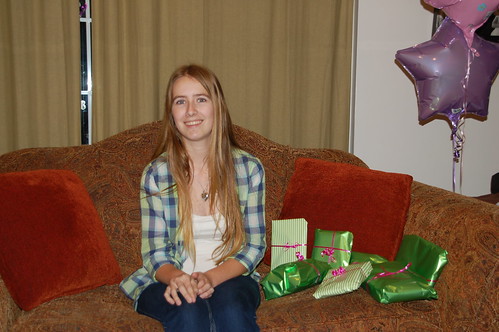 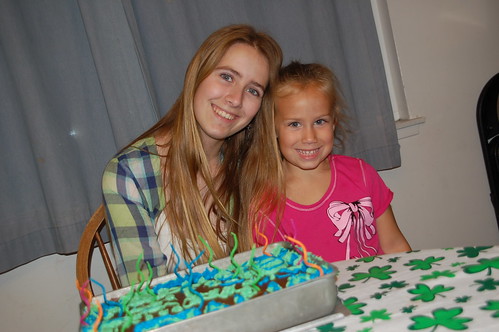