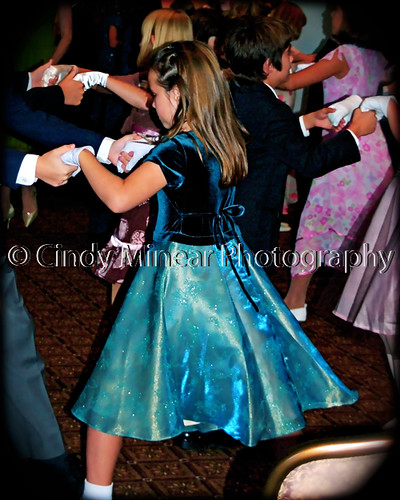 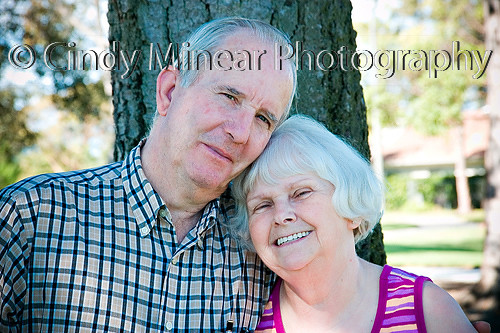 My parents left this morning after a 10 day visit. We all enjoyed having them here very much. Since they live in another state, we don’t get to see them too often. We did lots of fun things while they were here. This picture was taken at the park. The kids had so much fun playing with their grandparents there. We will all miss them and look forward to our next visit.

Unfortunately, due to an epidemic of picture stealing, all pictures I post to my blog will now be watermarked. 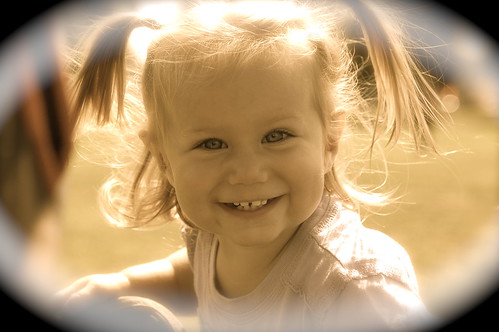 Falyn had her 18 month check-up this morning. As soon as we went into the examining room, she started screaming. We had the hardest time weighing her because she was throwing such a fit! She calmed down after the nurse left the room, but started screaming again when the doctor came in to examine her. She screamed the whole time the Dr. was in the room. Of course she screamed even louder when the nurse came back in to give her two shots. She finally calmed down and stopped screaming when we were in the car driving out of the parking lot. She is now 33 1/4 ” long and weighs 25 lbs 4 oz. That puts her in the 90th percentile for height and 75th for weight. She is doing just great and is perfectly healthy. She is such a smart little girl. She already speaks in sentences. This morning she had a ball picked up and said, “Ball”. She then threw the ball and it rolled behind some boxes and she said, “Where it go?”. So cute! She is very friendly and says “hi” to everyone she meets. She is such a sweetie pie, expect for when she doesn’t get her way. Then she will scream and throw a fit. She is learning that that doesn’t get her want she wants though and I hope that behavior will stop soon. 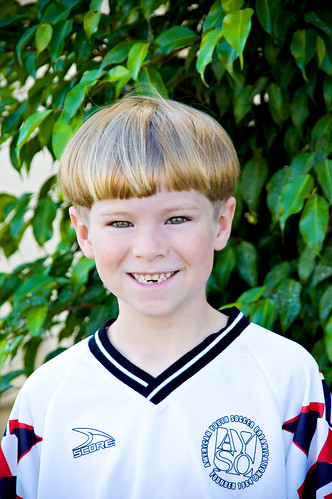 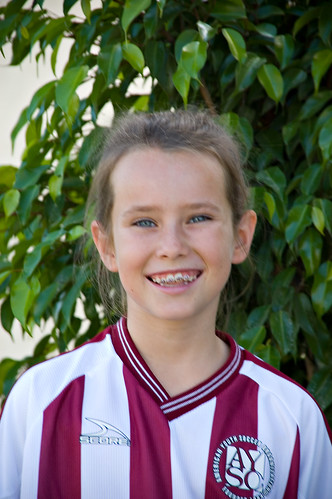 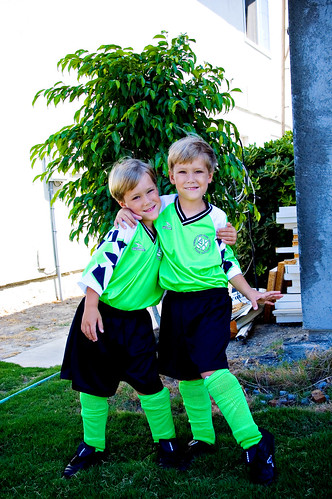 Aidan had the first game of the day at 10 am. Dan was the referee for his game. His team won 7 to 0. He said he had a lot of fun during the game and can’t wait for next week’s game.

Kayli’s game was next at 10:30 am. Since she had to be there at 10 am, I wasn’t able to attend Aidan’s game. Kayli’s team won 4 to 1. Kayli scored one of the goals! This picture was taken right before she scored the goal. 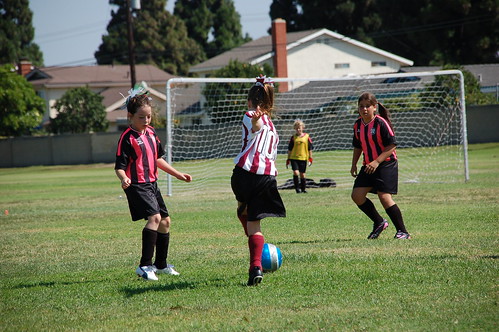 The twins game was at 2:00 pm. Dan was the referr for their game too. They had lots of fun and did a pretty good job of paying attention during the game. They don’t keep score in U6. Jared and Riley both had a great time and keep asking when they get to play again. 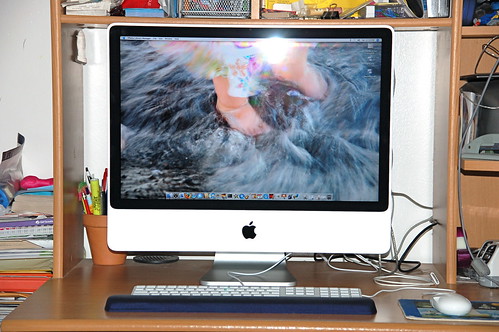 I just got a new 24″ iMac. It is so cool. It is lightening fast and that screen is just awesome! It is going to be so much fun to play with. 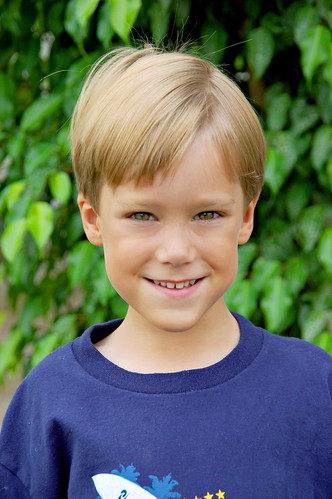 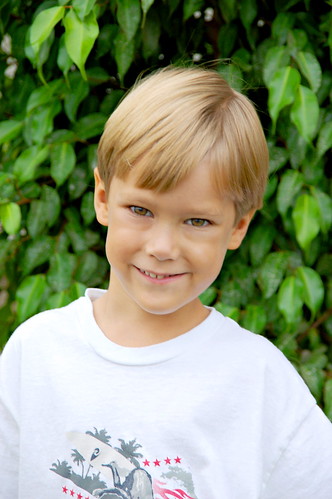 Jared and Riley started Preppy-K this morning. This is their last year of preschool, next year they will go to the same school as Talia, Kayli and Aidan. They are in the same class that Aidan was in two years ago. Their teacher said she knows she will end up calling them Aidan at some point. They had a great first day and said they love their new class.

Wonder Twins Power Activate! This is a fun design for your wonder twins.

Our newest set of designs is “This One”, “That One” and “The Other”. These cute designs would be great for twins, triplets and twingles too!

Our other new set of designs is “Thing One” and “Thing Two”. These are just perfect for your twin things! 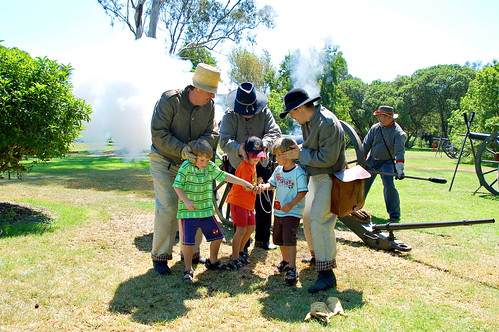 This morning we went to a Civil War Reenactment. The boys really liked watching the reenactment of a battle. Afterwards they got to fire a cannon at an armaments talk. Falyn didn’t like all the noise, so I took her a bit away from the action and she somehow managed to fall asleep. 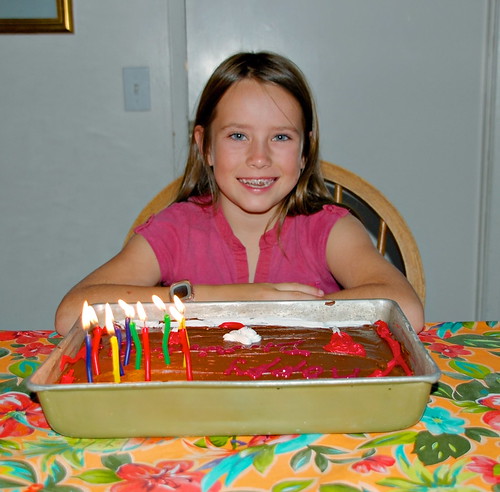 Kayli turned ten years old today. She is very happy to finally be in double digits. She woke up with an ear ache and we had to take her to the doctor, the diagnoses was an outer ear infection and the doctor gave us ear drops for it. After the doctor appointment, Talia and I took Kayli out to lunch at Macaroni Grill. We all enjoyed it very much. Tonight we had Aunt Samantha over for dinner and a family party. Kayli got the Nintendo DS she had wanted. We made a deal of the DS or a party with her friends and she chose the DS. At the end of the day, Kayli said she had had a great birthday.