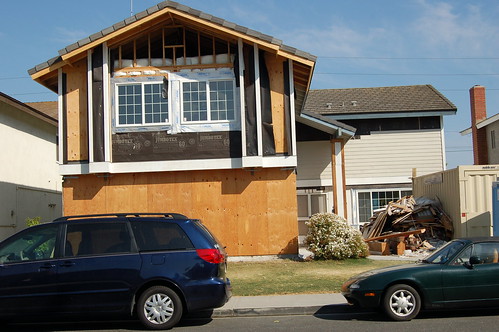 Installation of the siding was started today. 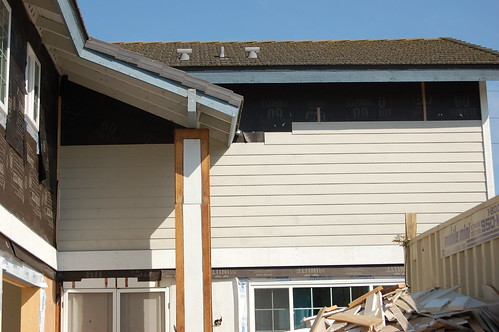 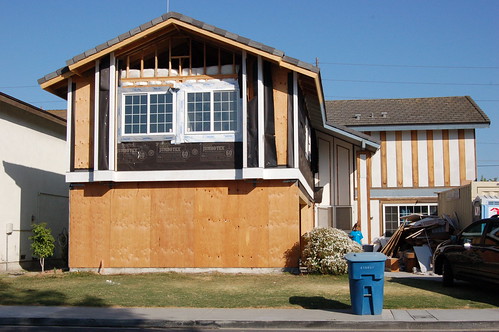 Wood trim was added to the outside of the house in preparation for the siding to go on.

Drywall was installed in the garage and upstairs. 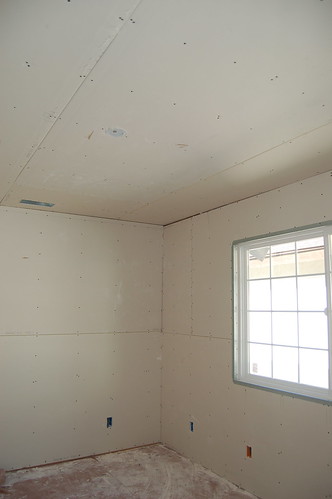 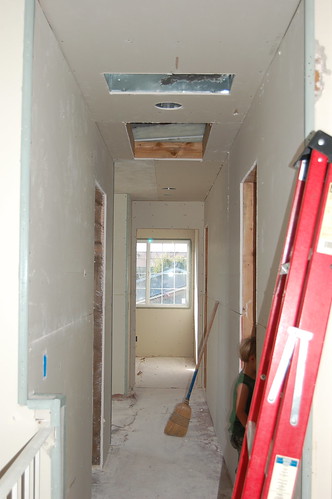 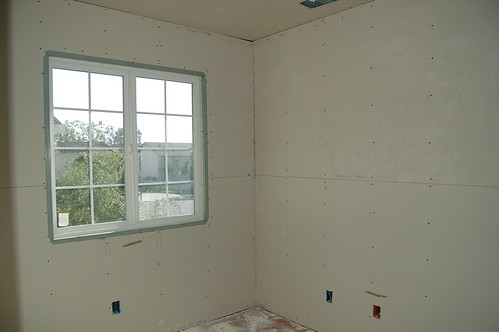 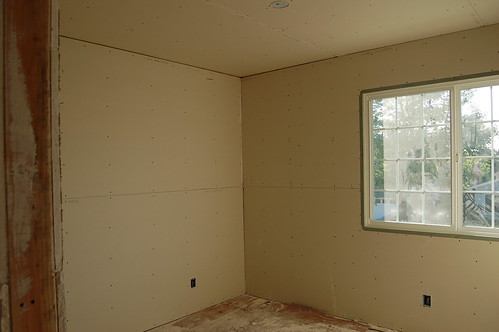 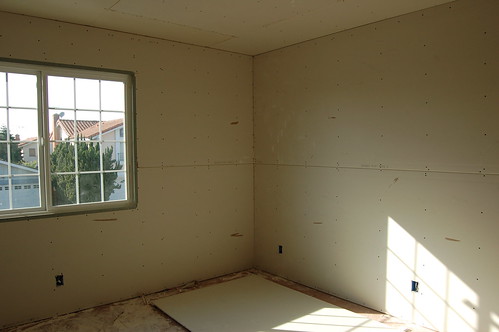 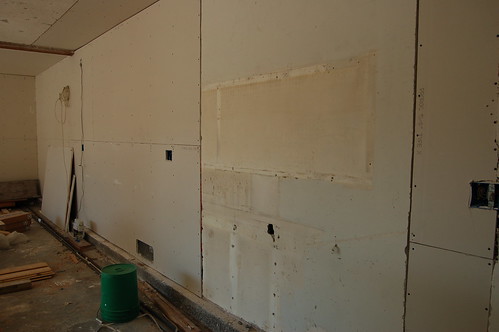 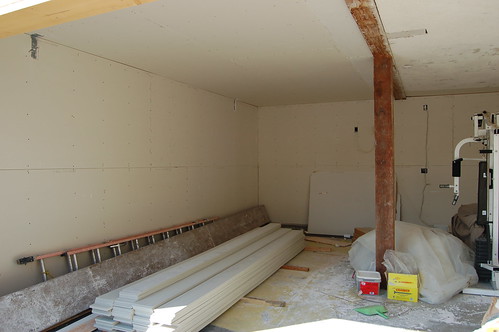 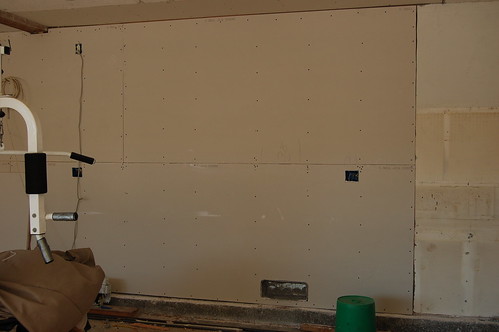 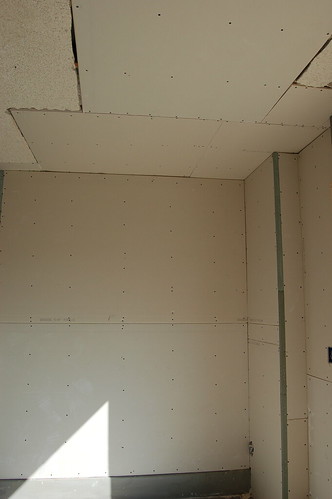 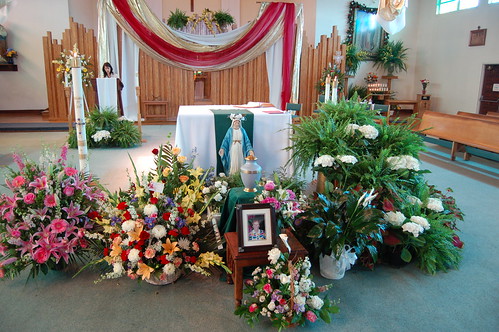 Great Grandma Natalie’s funeral was held today up in Hermosa Beach. We took Talia and Falyn with us to the funeral. It was a very nice service and was followed by a luncheon. 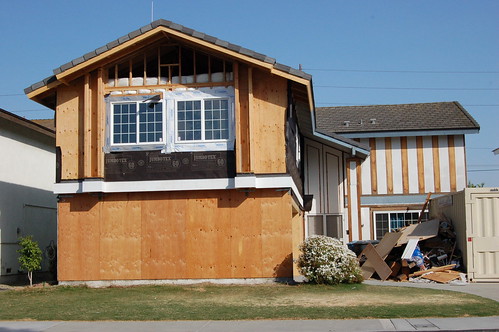 The window for the twins’ room was installed.

The rest of the shear panel was installed in the garage and upstairs. 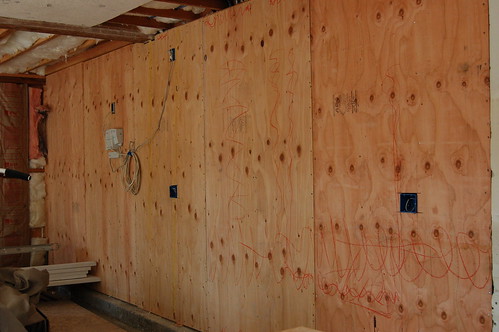 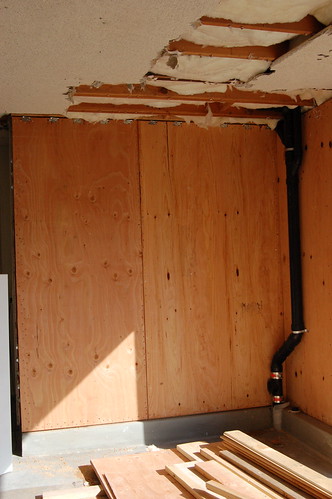 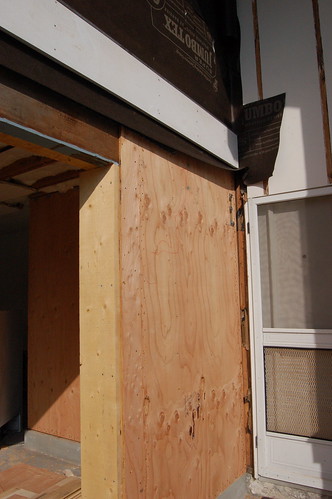 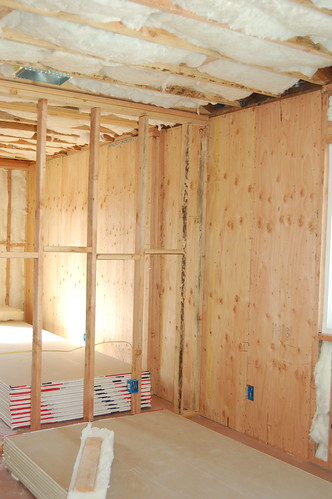 Wrapping of the outside in preparation for siding was started. 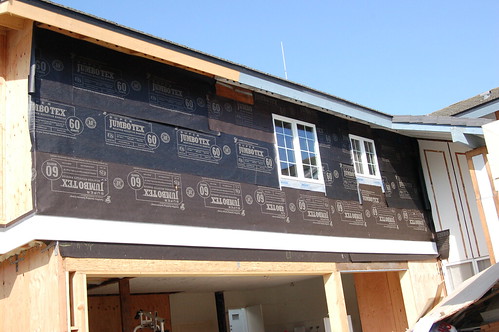 The old door to the bonus room was removed and the opening was cut out for the new hallway. 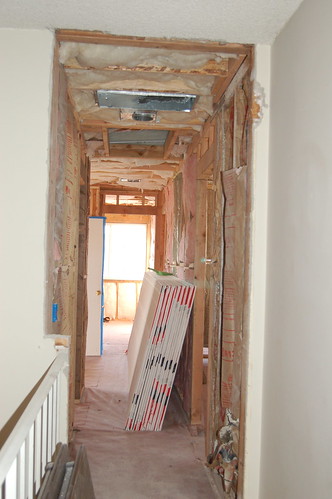 I am so furious right now! She told her insurance company that I swirved into her lane! She also said she “hit a bump” and swirved into my lane. I am such an idiot for not calling the police to have a report filed. Silly me believed her when she said it was all her fault and apologized.

My insurance guy said she told her insurance that she crossed over the line into my lane, which is pretty much her saying she did it. He said they will fight it and it will take months to work out.

BTW, on the way home I looked and there is no bump in the road where she hit me. So, she lied about that too. Clearly she was just going to fast and not paying attention to where she was going. 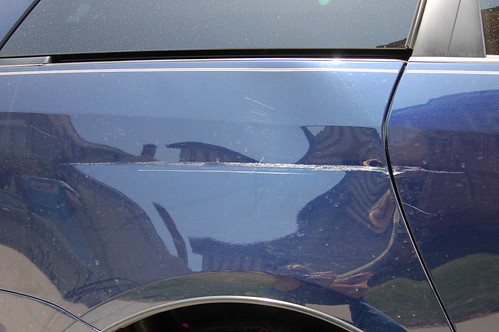 I was driving home after picking up Aidan from school when out of no where this car comes flying up the lane next to me, hits a pothole and then bounces off it into my car! It appears that her mirror is what scrapped my car. There doesn’t seem to be any other damage on her car, expect on her mirror. Thank goodness that it was just the mirror that hit my car. It could have been much worse. The kids didn’t even realize we had been hit and don’t seem to be at all fazed by it. I am a bit shaken up, but otherwise I’m fine.

The other driver was fairly young, I’m guessing in her early 20’s. I guess I should have noted the birthday on her driver’s license. She was all apologetic about the accident. She said she was sorry and that she her car took an unexpected bounce out of the hole. She also mentioned something about this being the last time she tries to run out for lunch during her break at work, so it appears that is why she was traveling so fast.

I was trying to think if there was anything at all I could have done to avoid having her hit me, but can’t come up with anything. I was in my lane, traveling at the speedlimit. She came up out of no where from behind me and bounced into my car before I even knew she was back there. 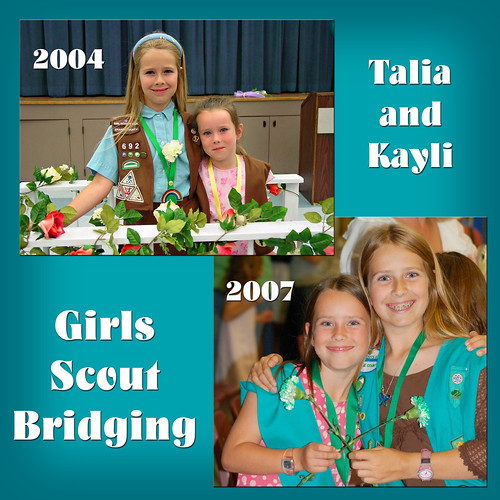 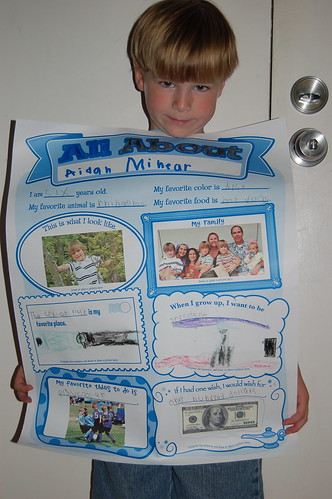 Aidan got to do his “All About Me” poster this week at school. All the kids in his kindergarten class took turns doing it, with a couple going each week. He had so much fun working on his poster and I think he did a great job with it.

Information on the poster:

I am six years old.
My favorite color is blue.
My favorite animal is rhinoceros.
My favorite food is hog dogs.
The soccer field is my favorite place.
When I grow up I want to be President.
My favorite thing to do is play soccer.
If I had one wish, I would wish for one hundred dollars. 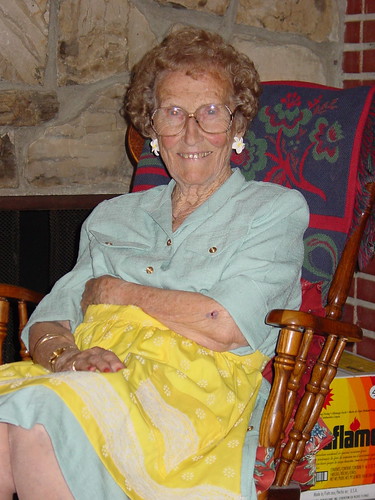 Great Grandma Natalie passed away today around noon. She had been sick for a long time and is now finally at peace and with our Lord in Heaven. We will all miss her. 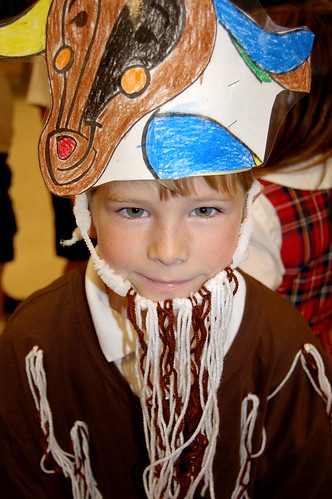 Aidan’s kindergarten class put on a farm show play today. Aidan played the goat. His line was, “I sometimes hang out by the sheep-pen, chuckling into my beard. Sheep often thing that they’re better than us. But goats never need to get sheared!” He said it perfectly and was so very cute! 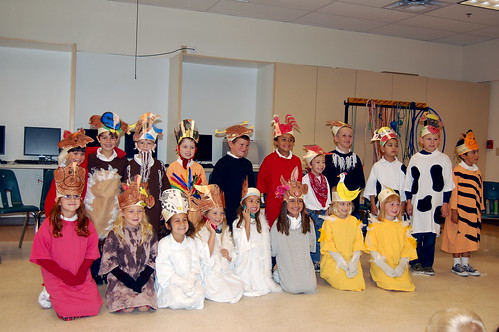